Democratic White House challenger Joe Biden blasted President Donald Trump as a conman during a campaign foray into traditionally Republican territory. In Georgia, Mr Biden said that Mr Trump's handling of coronavirus amounted to a "capitulation". Mr Trump kept blitzing the swing states that he won in 2016, warning in Michigan that its "economic survival" was on the line if Mr Biden won. According to opinion polls, Mr Trump lags behind with a week to go. But the race is tighter in critical battleground states such as Arizona, Florida and North Carolina. More than 69 million people have already voted early by post or in person in a record-breaking surge driven mainly by the coronavirus pandemic. What did Trump say? On Tuesday, Mr Trump held rallies in Nebraska and two states he snatched from Democrats in 2016: Michigan and Wisconsin. In Lansing, Michigan's capital, he warned: "This election is a matter of economic survival for Michigan." And he told suburban women, a demographic that many opinion polls suggest he is struggling to win over: "Your husbands, they want to get back to work, right? We're getting your husbands back to work." Before leaving the White House, the president renewed his criticism of postal ballots - more than 46 million of which have been cast so far. The huge volume of mail-in votes, which could take days or weeks to tally, means a winner is not certain to be known on election night next week. "It would be very, very proper and very nice if a winner were declared on November 3, instead of counting ballots for two weeks, which is totally inappropriate," Mr Trump told reporters before heading to the Midwest. 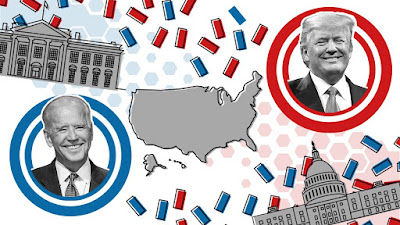 In the critical election state of Pennsylvania, Mrs Trump cast doubt on Mr Biden's claims that he could do a better job as president. "Well, the American people can look at Joe Biden's 36 years in Congress and eight years in the vice-presidency and determine whether they think he'll finally be able to get something done for the American people." If Donald Trump loses the White House next week, it won't be for a lack of effort on the campaign trail down the stretch. On Tuesday, he kicked off a three-day, multi-state swing across the country with a stop in Lansing, Michigan. Despite a temperature hovering just above freezing as light rain mixed with ice pelted the airfield, a crowd of several thousand waited for hours to see the president. "I'm working my ass off," Mr Trump told the cheering throngs of people, who at one point responded with chants of "We love you". The president went on to speak for more than an hour, mixing in his normal stump-speech attacks on his opponent, Joe Biden, with some more focused riffs on immigration and trade in the car-industry-dominated state. He once again attacked the state's Democratic governor, Gretchen Whitmer, for aggressive attempts to mitigate the spread of Covid-19, to which the crowd responded with the now-familiar "lock her up" chant. Michigan was perhaps the biggest surprise of the 2016 election, as Mr Trump narrowly carried it over Hillary Clinton despite opinion polls before the election showing him behind by sometimes large margins. The polls aren't encouraging for the president this time around either, although after the rally the campaign gave printouts to the press suggesting that Republicans have a slight advantage in returned ballots in the state so far. Another Michigan surprise would go a long way toward unlocking a path for the president to re-election. What did Biden say? In a trip to Warm Springs, Georgia, on Tuesday, Mr Biden vowed to be "a president who doesn't divide us, but unites us" and someone who could "heal this nation". Georgia has not voted for a Democrat for president since 1992, but opinion polls suggest the Democrat is statistically tied with Mr Trump in the southern state. Even as he presented himself as a president for all Americans regardless of party, Mr Biden targeted his rival. "Time and again throughout our history, we have seen the charlatans, the conmen, the phony populists - who have sought to play to our fears, appeal to our worst appetites, and pick at the oldest scabs we have for their own political gain. "They appear when the nation has been hit the hardest and we're at our most vulnerable. Never to solve anything. Always to benefit themselves." Mr Biden kept hammering away at his opponent's handling of the coronavirus pandemic, which has killed more than 225,000 Americans. He said Mr Trump had "shrugged. He's swaggered. And he's surrendered." In a sign of the Biden campaign's confidence that it can expand the electoral map, he will travel later this week to Iowa, a state that Mr Trump won by 10 points four years ago. Mr Biden's running mate, Kamala Harris, will head to Arizona and Texas, where no Democrat has been elected to statewide office since 1994. No doubt mindful that 2016 Democratic White House nominee Hillary Clinton also tried to make in-roads in Republican states, only to lose critical Democratic strongholds, Mr Biden is also scheduled to visit Wisconsin, Michigan and Florida in the coming days.
at October 28, 2020 No comments:

Poll Watch from On Politics 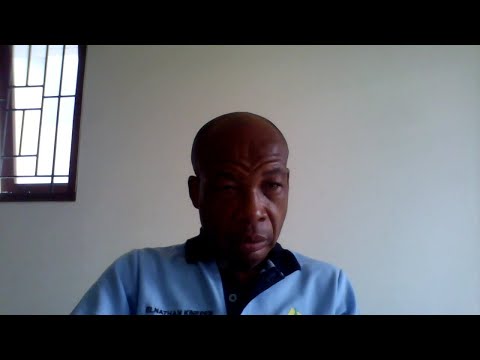